Our TeamMeet the Mira Family 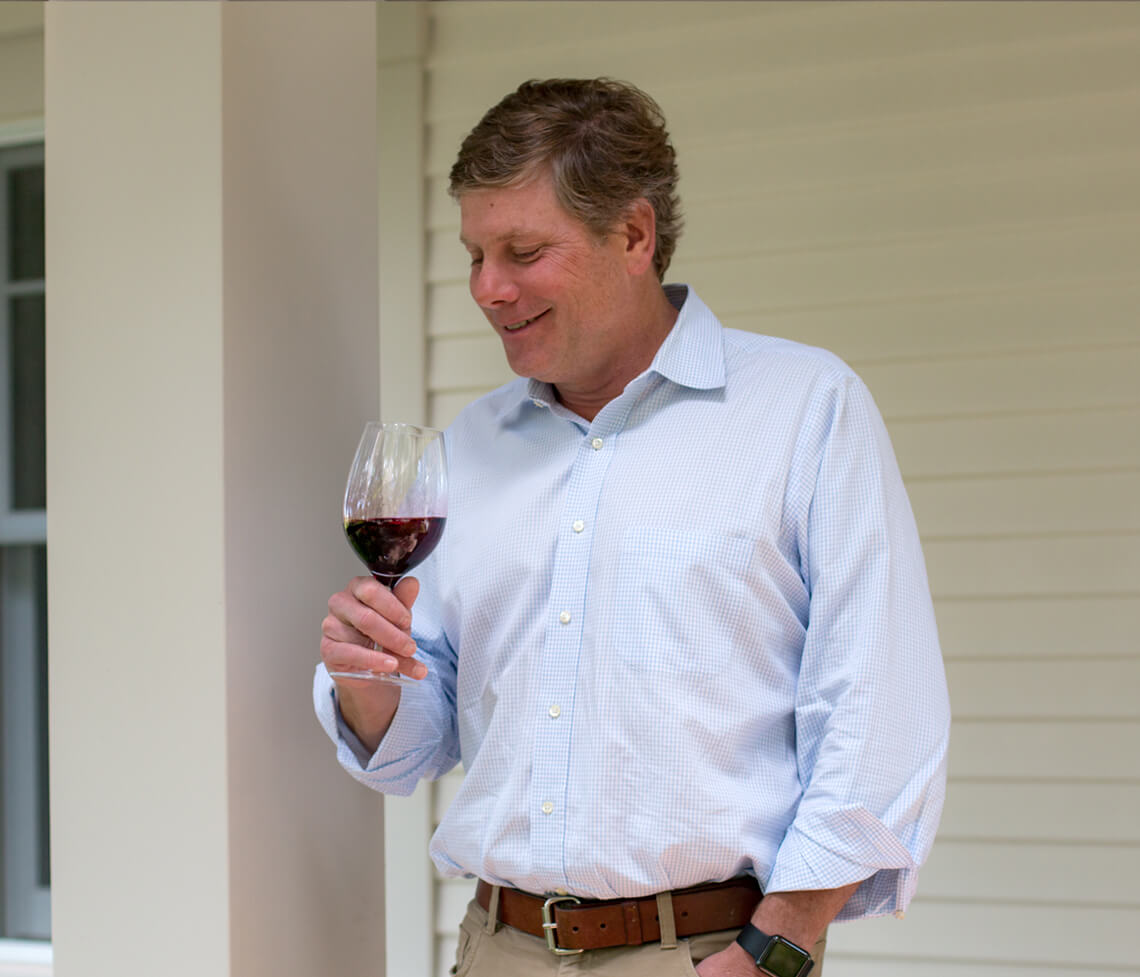 Jim began his career in Washington, D.C., as a Senate parking lot attendant. In short order, he parlayed a stint as Assistant Brewmeister at Capital City Brewing Company into a lobbying position at the Beer Institute, which served as a springboard to the upper echelons of the Washington D.C. public policy world and an introduction to the alcohol beverage industry.

In 2005 while establishing Jim Dyke and Associates, which went on to become the successful public affairs firm JDA Frontline, Jim met by chance winemaker Gustavo Gonzalez at the Off The Record bar in Washington, D.C., and the dream of creating a world class winery began to take shape. In 2009 the duo sourced their first grapes and in 2012 Mira went to market.

Over a very short period of time, Mira has established itself as a leading producer of limited production single vineyard wines exclusively from the Napa Valley. The commitment to purity, quality and wines “of place” has created a loyal following. Jim purchased 16 acres in the heart of the Napa Valley in 2016 and is currently constructing a winery and hospitality house on the property at 6170 Washington Street just south of the town of Yountville, which will open in August 2019.

Once described by The Washington Post as a “creative campaigner,” Jim is proving an ability to lead outside of politics combining a passion for wine and agriculture with his business experience building and managing a successful public affairs firm. His family moved from Charleston, SC to the Napa Valley in the summer of 2017 where he resides with his wife Dawn, daughter Emily and son Trester.

For over 20 years Mira winemaker and cofounder Gustavo A Gonzalez has been practicing his craft in the Napa Valley and around the world to critical acclaim. Gustavo has worked in California, Italy, France, Argentina, and Brazil. His local knowledge and global perspective bring a highly experienced and creatively expansive approach to Mira’s vineyard practices and winemaking techniques.

The roots of Gustavo’s love for wine reach deep into his childhood. He grew up in California’s Central Valley, surrounded by family with longstanding ties to agricultural business who instilled in him a love of the land and an appreciation for wine. He enrolled in college planning to pursue a career in Aerospace Engineering but felt himself drawn to literature and philosophy, and as he shifted his studies towards those subjects he found wine flowing through the history of Western Civilization.

Gustavo’s newfound appreciation for winemaking’s heritage took him to the Napa Valley where he joined the Robert Mondavi Winery in 1995 as a harvest sampler, working in the field collecting samples. It was this first opportunity to witness the transformation of grapes into fine wine that made it clear: winemaking was not just Gustavo’s job, it was his vocation.

In his 17 years at Robert Mondavi Winery, Gustavo earned the title of Head Red Winemaker and established the Robert Mondavi Winery Reserve Cabernet Sauvignon as one of the leading Napa Valley Cabernets, consistently receiving Wine Spectator ratings of 95 or higher. He produced the best Sauternes style wine of the new world and raised the Pinot Noir program to cult status, all while working with other wineries around the world. He was responsible for the 2001 Tenuta dell’Ornellaia “Masseto” Toscana which received 100 points from Wine Spector and was described by James Suckling as, “possibly the best Tuscan red ever.”

It was Gustavo’s strong relationships with leading Napa Valley grape growers that brought Mira from shared dream to reality, providing the young winery with unique access to the finest blocks of grapes in some of the Napa Valley’s premier vineyards including Hyde Vineyard in the Carneros AVA and Schweizer Vineyard in the heart of the Stags Leap AVA.

With his superb craftsmanship and attention to detail, Gustavo quickly established Mira as one of the top producers of small production single vineyard wines from the Napa Valley. At a blind tasting commemorating the historic Judgement of Paris and featuring eight of the world’s top wines from Bordeaux and the Napa Valley, the 2012 Mira Cabernet Sauvignon Schweizer Vineyard took the top slot for Cabernet from the Napa Valley besting Screaming Eagle, Schrader To Kalon, and Shafer Hillside Select.

Gustavo’s love of winemaking has never diminished because he knows there is always something new to learn in the pursuit of producing the highest quality wine. Every vintage is different and presents unique opportunities for those who understand how to embrace those differences. The Napa Valley offers an unmatched combination of optimal climate and exceptional soils, and with 20 years of knowledge and experience Gustavo is able to allow the innate spirit of the fruit grown in this special place to shine through in the wines of Mira.