Skip to Content
WE ARE OFFERING AN AMAZING OPPORTUNITY FOR A CHANCE TO WIN THE myMIRAcle NAPA WINE COUNTRY GETAWAY IN NAPA VALLEY. CLICK HERE TO LEARN MORE
Home/The Golden Ratio

The Mira Winery estate was designed around the golden ratio, which can be experienced when visiting our new Hospitality House and Winery in Yountville.

The golden ratio is best approximated by the Fibonacci sequence and is at the heart of architecture, art and nature. It is also at the heart of Mira from our first connection, the design of our estate, and our Ovum, the winery’s wooden, egg-shaped fermenter. Ovum embodies the Golden Ratio in both form and function, allowing for fermentation to mix itself naturally inside the egg. 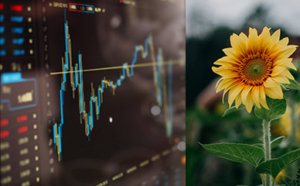 “Fibonacci retracement” is a tool that technical analysts use to guide their outlook about buying and selling behavior in markets. This technique is named after and derived from the famous Fibonacci sequence, a set of numbers with properties related to many natural phenomena. While using these numbers to predict market movements is a lot less certain than using it to calculate sunflower seed patterns, the appearance of the sequence in the field of finance is yet another testament to its power in capturing the human imagination. 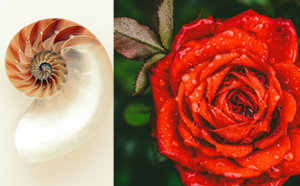 The Fibonacci sequence and is often used in architecture and art because it is believed to produce aesthetically pleasing divisions and proportions. In many cases, the golden ratio was applied later during the analysis of the artwork/building, and the eye sees what it wants to see. 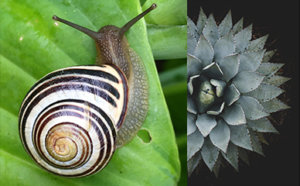 Many examples of Fibonacci numbers are found in phenotypic structures of plants and animals. Indeed, Fibonacci numbers often appear in number of flower petals, spirals on a sunflower or nautilus shell, starfish, and fractions that appear in phyllotaxis [4, 18, 10].

Another simple example in which it is possible to find the Fibonacci sequence in nature is given by the number of petals of flowers. Most have three (like lilies and irises), five (parnassia, rose hips) or eight (cosmea), 13 (some daisies), 21 (chicory), 34, 55 or 89 (asteraceae). 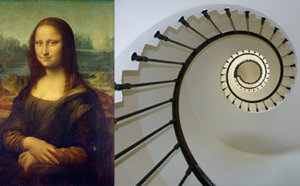 One very famous piece, known as the Mona Lisa, painted by Leonardo Da Vinci, is drawn according to the golden ratio. If we divide that rectangle with a line drawn across her eyes, we get another golden rectangle, meaning that the proportion of her head length to her eyes is golden.